Over Six Hundred Thousand tourists visit Sri Lanka every Year and was picked as the top Destination to travel in 2019 by the Lonely Planet. The Island of Serendipity has a lot of hidden Gems as well as some very popular sites to explore. It is best to do some research on your Holiday to Sri Lanka before your visit, even if you have been to this part of the World before. You can always ask as many Questions as you wish from our Team and we will answer them promptly. Below are some of the Questions we get asked very regularly.

WHAT'S THE BEST WAY TO SPEND A WEEK IN SRI LANKA?

We would say a good balance of historical & religious sites with activities is the best way to spend a week. Some of our recommendations of things to do are visiting the Dambulla Cave Temple which is a UNESCO World Heritage Site and visiting the game drive in Yala National Park. Both of these are included on our 8 Day Highlights Group Tour of Sri Lanka.

Its climate is tropical but with no seasonal variations. It has a north-east monsoon from late October to January which is mainly effective in the north of Sri Lanka and the east and the south-west monsoon from May to late June which is very wet and most of the country receives a lot of rain. The average temperature in Colombo is 27 degrees C (80 degrees F) with high levels of humidity. However, the higher you go through Sri Lanka, the cooler it gets with Nuwara Eliya in the mountainous area, having an average temperature of 16 degrees C (61 degrees F).

HOW EXPENSIVE ARE THINGS IN SRI LANKA?

WHAT CLOTHES DO I NEED TO TAKE?

Light cotton or linen clothing. We generally spend only 1 or 2 nights in the Nuwara Eliya area (hill country) where it can be chilly at night – a pair of trousers and a sweater/fleece are recommended here. Shoulders and knees must be covered to enter temples. Socks may also be a good idea for walking round places such as Polonnaruwa – the ground can be extremely hot for bare feet. Cotton t-shirts and shorts. Trousers to visit temples. Sandals. Trainers for walks. Socks. A fleece. Umbrella. Waterproof jacket.

WHAT IS THE TIME DIFFERENCE?

WHAT IS THE CURRENCY?

WHERE CAN I CHANGE MONEY?

You can only purchase Sri Lankan Rupees in Sri Lanka as it isn’t an International Currency. On arrival at Colombo Airport, it is best to change some money at the Banks just before the Arrival Hall where there are 24hr facilities. Banks in towns are generally open 9am to 3pm Mon-Fri. All banks are shut at weekends and public holidays. Changing Traveller’s Cheques can be a time-consuming process in a Bank, however, most Hotels will change these but the rate may not be such a good one.

ATMs accepting Visa and Mastercard are widely available in cities and towns. If you wish to use Visa or Mastercards in ATMs, (as with all overseas travel) it is best to notify your Bank in the UK that you will be travelling to Sri Lanka, prior to your departure. When changing currency in Sri Lanka it is advisable that you keep a copy of the money exchange certificate with you. Always demand this certificate when you change money as you may be asked for this when you leave.

You are not allowed to take Sri Lankan Rupees out of the country.

Can I use credit cards to pay for meals in hotels?

Most international credit cards are accepted at major establishments including almost all major hotels.

What language is spoken?

Sinhala is the official language; Tamil is spoken by 18% of the population. English is used as a second language but you will find that the locals are keen to try out their English on you.

What is the electricity supply?

230/240 volts AC. Small 3 pin round plugs are used as well as 2 pin plugs. A European 2 pin Adaptor can be used in the bottom 2 holes of the socket. Adaptors are available at Hotel Reception or in local shops such as Arpico.

Can I drive in Sri Lanka?

An international driving licence is required – obtainable from some main Post Offices in the UK.  A local driving licence is also required which can be obtained from the AA in Colombo.  Vehicles drive on the left as in the UK.  Driving is not for the faint-hearted as there are so many pedestrians, bikes, motorbikes, cars, lorries, buses as well as cows and stray dogs, all doing the unexpected!

Where is the airport?

Do I require a Visa?

You will need to obtain an ETA (Electronic Travel Authorization) prior to your visit to Sri Lanka. You can apply directly for an online ETA by visiting the following website: www.eta.gov.lk  .

Your passport must be valid 6 months beyond your intended date of departure from Sri Lanka.  A 60 day extension can be requested (variable fee) at the Dept. of Immigration and Emigration in Colombo.  It is your responsibility to have the correct personal documents and obtain your Visa, if necessary.  As with all foreign travel, it is wise to take a copy of the details page of your passport which will help the British Consulate in providing a temporary one in case of loss.

Is Sri Lanka safe from Terrorism?

Up till May 2009, Sri Lanka had a conflict with the LTTE who wanted a separate state for the Tamils in the North and East of the country. A lot was written in the press in the UK as to how dangerous it was to travel to Sri Lanka. It must be remembered that, throughout the conflict, not one single tourist has been injured or killed. As from May 2009, this conflict ended and Sri Lanka became a safe peace.

After the war ended, the people, security forces & the politicians dropped their guards assuming that Sri Lanka was safe and there was no security threat any longer. This is why, despite receiving security warnings about the Easter Sunday attack, the authorities did nothing to address the issue and took it all very casually.
But now, the whole country has gone back to where we were. The people are vigilant and observant; the security forces are on red alert and the government is watchful and national security gets priority over everything ells.
With these recent developments   our country is now safer than ever and the chance of another attack is extremely slim.

What vaccinations do I require?

Please consult your doctor for up to date information before you travel.

Do I need to take precautions against mosquitoes?

As with all tropical countries, you need to apply mosquito repellent regularly. Those containing DEET can often be very effective.

Can I use my mobile phone in Sri Lanka?

Yes, the International Dialling Code for the UK from Sri Lanka is 0094. Your mobile phone will connect to one of the local phone providers such as Dialog or Mobitel though you should be aware that phoning the UK this way can be expensive.  If you are staying in Sri Lanka for longer periods, it would be better to consider purchasing a Sri Lankan SIM card. Top-up cards are readily available from Telecom shops. If you wish to purchase one, your driver/guide will be able to help you.

Hotels increasingly offer Internet Wi-Fi, and Internet cafes exist in Colombo and many towns, although connection speeds can be slow outside Colombo.

What opportunities are there for photography?

There are so many opportunities for photography whether it is of scenes of everyday life by the roadside, spectacular vistas or of the amazing wildlife.  Do please take a memory card of sufficient size as you will find you will take so many photographs.  It would also be a good idea to bring some small binoculars to view the wildlife in the National Parks as with all wild animals, you will only be able to view them from a distance.

What wines and spirits can I bring into Sri Lanka?

You are allowed to bring in 1.5 litres of wines and spirits per person.

When are the national holidays?

Do I need Insurance?

It is your responsibility to ensure that you have adequate travel insurance for the activities that you are doing on your Tour such as white water rafting, elephant rides, game drive etc.  All travellers booking with us need to notify us of their insurance arrangements prior to travelling.

What are Poya days?

Every month, the Full Moon Day, known as “Poya Day”, which celebrates various important days in the life of Lord Buddha, will be celebrated by the Buddhists on the Island. All Poya Days are national holidays and no alcohol is served.

Looking for
something special?

Some Truly Unique Holidays with

We are specialists in arranging Tailor-made holidays and tours to Sri Lanka. Let us create the perfect tailor-made tour for you.

OUR TAILOR-MADE TOURS IN SRI LANKA 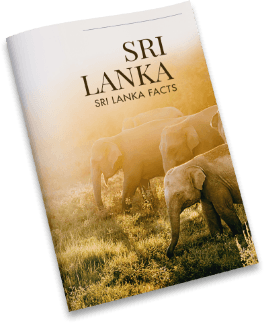 GET YOUR FREE FACTS PDF